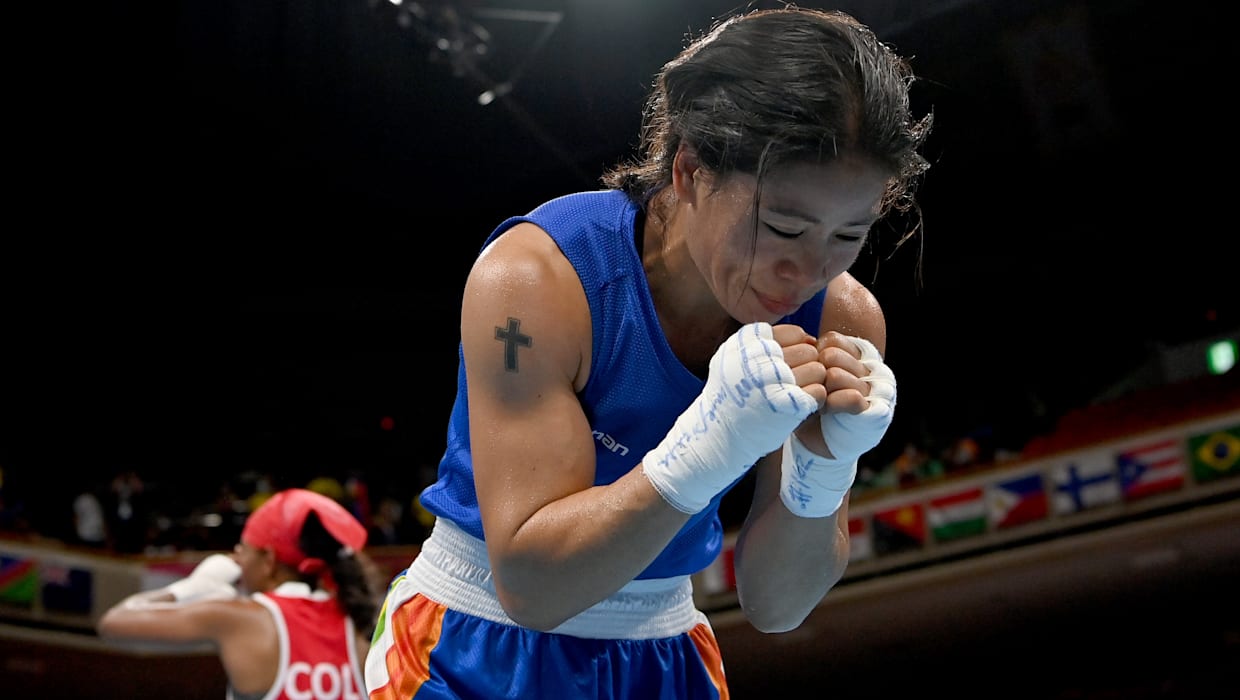 Mary Kom lost to Colombian Ingrid Valencia by a 3:2 split decision in the women’s 51kg (flyweight) round of 16. It was the Indian boxer’s second and final Olympics.

India’s boxing icon MC Mary Kom bowed out of Tokyo 2020 after a loss in the women’s 51kg round of 16 matches ending the 38-year-old Indian legend’s career at the Olympics.

Mary Kom, who won bronze in London in 2012, used all her might in the three rounds but went down fighting to No. 3 seed Ingrid Valencia of Colombia by a 3:2 split verdict at the Ryogoku Kokugikan arena.

Ingrid, a Rio 2016 bronze medallist, came out swinging at the toll of the starting bell, putting Mary Kom on the back foot. The Colombian’s clean striking got the better of the Indian early on and four judges favored Ingrid at the end of Round 1.

The six-time world champion Mary Kom changed her strategy in the second round and adopted an aggressive approach, which worked brilliantly in the Indian’s favor. The energetic 38-year-old Mary Kom used her right jab-left cross combo to full potential and pocketed the second round by a 3:2 split decision.

It went right down to the wire in the final round as both boxers took plenty of chances to land punches and impress the judges. Mary Kom used all her experience in the third to evade Ingrit’s attack and land some solid counter punches.

However, Ingrid connected enough to win the vote from three judges and knock Mary Kom out of Tokyo 2020.

The Colombian raised Mary Kom’s hand after the decision, showing respect to the legendary Indian boxer, who was appearing at her final Olympic Games.