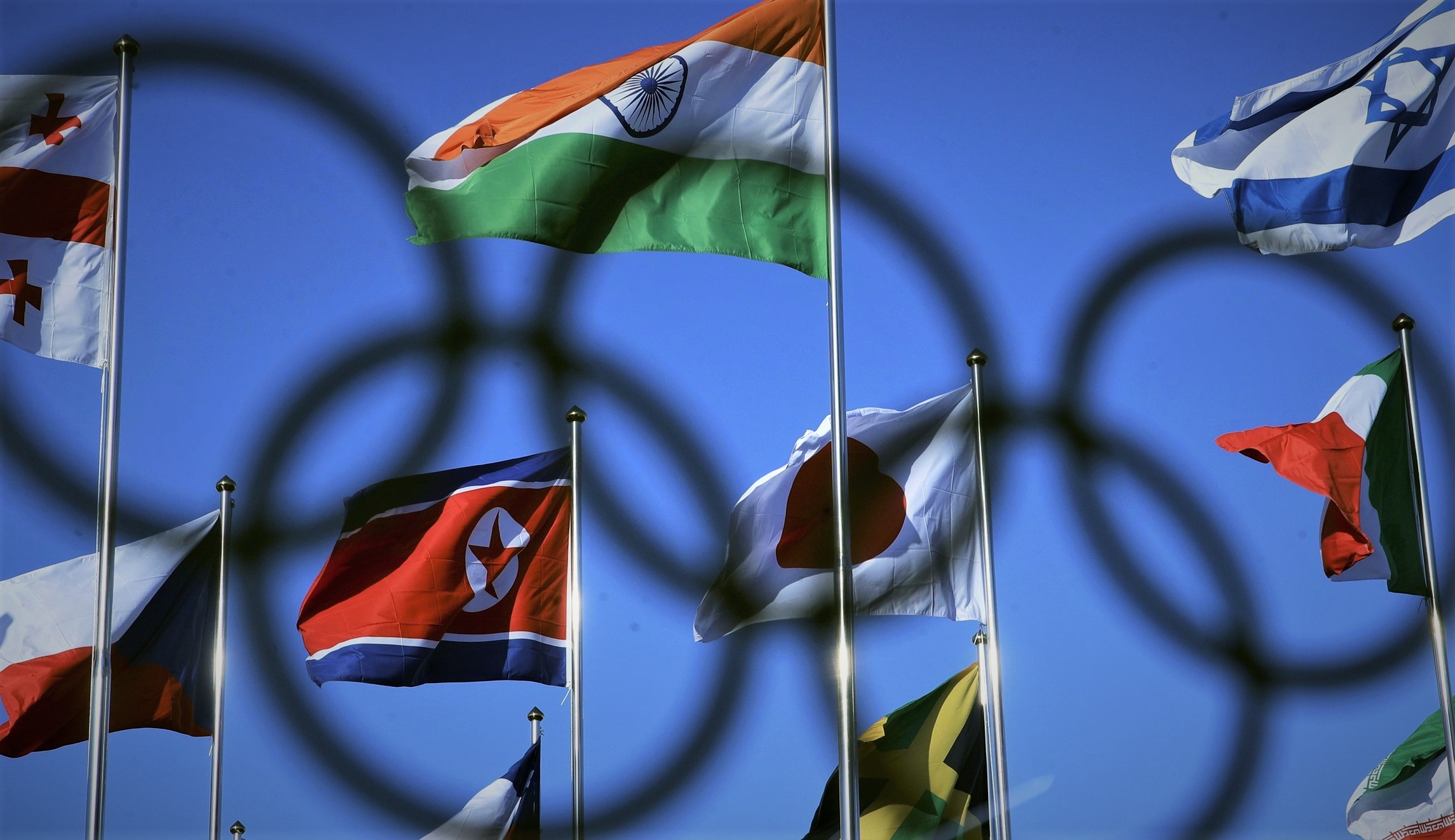 The aim of Olympic Solidarity is to organise assistance to NOCs, in particular those which have the greatest need of it. (Rule 5, Olympic Charter)

This assistance takes the form of programmes elaborated jointly by the IOC and the NOCs, with the technical assistance of the IFs, if necessary. The programmes cover the main areas of sports development: athletes, coaches, administrators, promotion of the Olympic values, knowledge-sharing and participation in the Games.

Owing to restrictions, there was minimal Solidarity activities last quadrennial. Starting from December 2017 onwards, there have been resurgent efforts by the Indian Olympic Association to gain maximum benefit of funding and participation in activities of Olympic Solidarity.

Olympic Solidarity has arrangements with stakeholders to conduct such activities across regions.

The Continental Athlete Support Grant programme offers NOCs technical and financial assistance focused on the preparation of athletes from more developing sports, who aim to take part in multi-sport Games.

The Olympic Scholarship Grant for Athletes aids elite athletes in training and participation in qualification events for the different editions of the Olympic Games.

The Olympic Scholarship Grant for Athletes aids elite athletes in training and participation in qualification events for the different editions of the Olympic Games.

The Olympic Scholarship for Coaches programme gives coaches who are recognised by their National Federation, an opportunity to receive further training at a high-level training centre, university or IF-run establishment.

Olympic Solidarity continues to offer NOCs opportunities to bring Olympism and Olympic values to life, in line with International Olympic Committee policies and in fields as diverse as:

As a first, Olympic Solidarity approved financial assistance as Team Support Grant for the preparation of both Indian Men’s and Women’s Hockey teams, which were to be held in 2018-19.

In 2018 Hockey India started with 1 specialized coaching camp for the National Women’s Team. The Special Coaching camp for goal conversion skills, was headed by two-time World Cup-winning Australian forward Glenn Turner and attended by 14 forwards from the Women’s team at SAI centre, Bangalore from 1 to 8 December 2018.

Olympic Solidarity processed the Quadrennial Plan application of the Indian Olympic Association for Continental Athlete Support Grant towards the preparation and training of the Indian Women’s Epee Fencing team. The training of the Epee fencers who ranked 6th in 18th Asian Games Jakarta-Palembang 2018, begins in 2019.

i. The International Judo Federation, in cooperation with Olympic Solidarity, organised the IJF Youth Training Camp in Tunis, Tunisia, from 19 to 25 August 2018. Ms. Tababi Devi Thanjam, young judoka from India was selected for the Training Camp. She went on to win a Silver medal in the individual Women’s under 44 kg event and also a Silver medal in team event at the Buenos Aires 2018 Youth Olympic Games.

ii. On request, Olympic Solidarity granted support for conducting Preparatory Session for the benefit of all the athletes and officials representing India at the 3rd Summer Youth Olympic Games, Buenos Aires 2018. The Indian contingent of 68 members, including 46 young athletes attended the Preparatory Session organised by the Indian Olympic Association on 1 October 2018 at the Hyatt Regency Hotel in New Delhi. The interactive session, organised for the benefit of the young athletes was led by Sports Psychologist Dr Divya Jain, Sports Nutritionist Ms Avni Kaul, Olympic Educationist Dr Tarun Rauthan and veteran Sports Journalist Mr G. Rajaraman. 2008 Beijing Olympic medallist Vijender Singh also joined the session to cheer up the young squad en route to Buenos Aires. All pre-departure formalities were completed by IOA, with the aid extended by Olympic Solidarity.

The Indian Olympic Association availed Olympic Solidarity aid to conduct the first IOC Athlete Career Outreach workshop in New Delhi. As many as 32 athletes aged between 16 - 22 years attended the first edition of the IOC Athletes Career Programme organized by the IOC Athletes Commission in New Delhi on 9 December 2018, with support from International Olympic Committee, IOA and the Adecco Group.

Indian Olympic Association got three scholarships in 2018; one in sport specific training and two in sports science training. The International Federation directly calls the applications for sports specific training.

Ms. Seema Rani, nominated by the Cycling Federation of India (CFI), attended and successfully passed the "Women’s Specific Coaching Course” organised by International Cycling Union (UCI) in partnership with Olympic Solidarity, at the World Cycling Centre in Aigle Switzerland, from 3 to 17 March 2018.

Dr. Tarun Routhan got the opportunity and aid to attend the 58th International Session for Young Participants, held from 16 to 30 June 2018, at the International Olympic Academy in Greece. It was after long years that IOA was able to directly send a candidate for this session.

Dr. Sachin Jain who served as Team Doctor of the Indian contingent for 2018 Gold Coast Commonwealth Games won scholarship to study IOC Diploma in Sports Medicine. Olympic Solidarity meets all expenses of the 2-year postgraduate world level programme. Written examination of Part I were scheduled to be held in April 2019.

Dr. Brajesh Koushle was granted Scholarship to attend the 2018 IOC Advanced Team Physician Course (ATPC) held in Marrakech, Morocco from 25 to 27 September 2018. However, due to other commitments he withdrew from the Course later.

12 aspiring Team India athletes were selected to receive the “Tokyo 2020” Olympic Scholarships Grant for Athletes of USD 670 per month, towards their preparations for the Games of the XXXII Olympiad. The 12 athletes are:

Nominations received from the National Sports Federations were sent to the International Olympic Committee, thereafter the IOC forwarded the nominations to the respective International Federations. IF confirmed scholarship were granted to the selected athletes. Since the principal objective of this Programme is the participation of the Olympic scholarship holders in the Tokyo 2020 Olympic Games, Olympic Solidarity also offers each athlete additional fixed travel subsidy beyond the grant, on application.

In continuation to the preparatory camp held in 2018 under the Team Support Grant, Hockey India held 5 specialized coaching camps in 2019.

Senior and Junior goalkeepers of the Indian Men’s Hockey team underwent a Special Goalkeeping camp led by specialist coach Mr. Dennis Van De Pol. The camp was held from 1 to 7 July 2019 at the SAI Centre in Bangalore.

A Special Defender Coaching camp was conducted for the Indian Men’s Senior team defenders under foreign specialist coach Mr. Fergus Kavanagh from 8 to 14 July 2019 at the SAI Centre, Bangalore. A total of 14 athletes participated in the camp.

11 athletes from the Indian Women’s team participated in the Special Goalkeeping Coaching camp conducted by foreign specialist coach Mr. Martijn Drijver at the SAI Centre, Bangalore from 8 to 14 July 2019.

A Special Defender Coaching Camp for Indian Women’s team was conducted from 15 to 21 July 2019 at SAI Centre, Bangalore under foreign specialist coach Fergus Kavanagh. A total of 14 athletes participated.

Mr. Prabhakaran Radhakrishnan, nominee of AFI who had enrolled in the 11th edition of the International Coaching Enrichment Certificate Program (ICECP) 2018-2019 successfully completed his remaining two modules in 2019. Mr. Radhakrishnan presented his final papers in Lausanne, Switzerland and graduated with Honours.

Mr. Vikram Jamwal, nominated by FAI won scholarship to attend 12th edition of the International Coaching Enrichment Certificate Program (ICECP) 2019-2020 held in partnership with University of Delaware, United States Olympic Committee and Olympic Solidarity. The ICECP will begin in August 2019 with 4 Modules and the final paper presentation scheduled to progress till 2020.

Dr. Minu Tadang and Mr. Chetan Gulati participated and successfully completed the 59th International Session for Young Participants, held from 2 to 14 June 2019, at the International Olympic Academy in Greece. This was the second consecutive representation from IOA at the annual session.

Dr. Sachin Jain who had enrolled in 2018 to study the 2-year IOC Diploma in Sports Medicine, successfully appeared for and passed the Part I written examination of the Diploma in April 2019.

Dr. Amol Patil who served as Team Doctor of the Indian Boxing contingent for the 2018 Gold Coast Commonwealth Games won scholarship to study IOC Course on Cardiovascular Evaluation of Olympic Athletes held from 4 to 5 July in Tokyo.