India first participated in the Olympics in 1900 in Paris. The country was represented by Norman Pritchard, an Anglo Indian who was holidaying in Paris during that time.

The seeds for creation of an organisation for coordinating the Olympic movement in India was related to India’s participation in the 1920 and 1924 Olympics, when Sir Dorabji Tata suggested the need for a Sports body at National level for promoting Olympic Sport in united India. After the 1920 Games, the Committee sending the team to these Games met, and, on the advice of Sir Dorabji Tata, invited Dr. A.G. Noehren (Physical Education Director of YMCA India) to also join them.

Subsequently, in 1923-24, a provisional All India Olympic Committee was set-up, which organised the All India Olympic Games (that later became the National Games of India) in February 1924. Eight athletes from these Games were selected to represent India at the 1924 Paris Summer Olympics, accompanied by manager Harry Crowe Buck. This gave impetus to the development and institutionalization of sports in India, and, in 1927, the Indian Olympic Association (IOA) was formed, with Sir Dorabji Tata as its founding President and Dr. A.G. Noehren as Secretary. 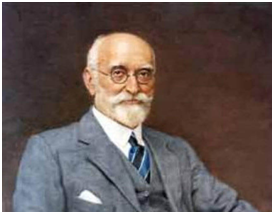 In the following months Harry Buck and Dr. Noehren travelled across India and helped many States establish their Olympic Associations, as member units of the IOA.

The same year as it was formed, 1927, the Indian Olympic Association was officially recognised by the International Olympic Committee.

In its initial years, the Indian Olympic Association selected sportspersons to represent India at the Olympic Games. Subsequently, by 1946-47, the Indian Olympic Association took responsibility only to send the Indian team to the Olympics (principally, this meant arranging transport, board, and accommodation), while the separate National Sports Federations for each sport were responsible for selecting and training competitors for their sport. Reflecting this, ahead of the 1948 Olympics, the IOA Council agreed that a team representing athletics, swimming, weight lifting, wrestling, boxing, football and hockey, with officials for each of these sports, and a Chief Manager, would be entered for the 1948 Olympics. And so, from 1948 onwards, India began sending teams representing several sports – each selected by its respective National Sports Federations. One of the main early challenges IOA faced was to secure funding, so that it could send the National Team to the Olympics and finance the related costs of transport, room, and board. 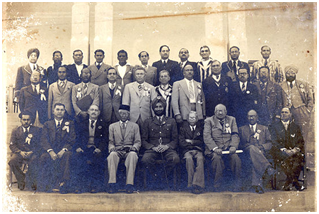