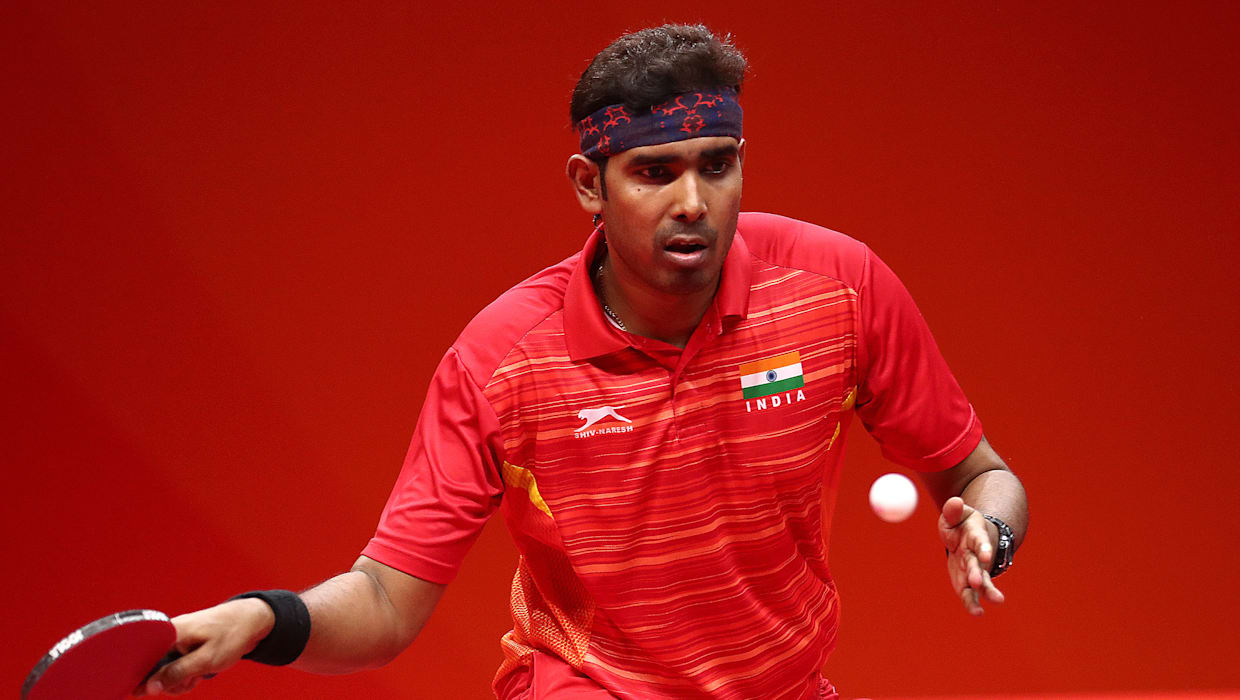 Sharath Kamal beat Tiago Apolonia of Portugal in six games to advance to the third round, where he will face Olympic champion Ma Long.

Veteran Indian table tennis player Sharath Kamal opened his Tokyo Olympics campaign with a hard-fought victory over Tiago Apolonia of Portugal in the second round of the men’s singles.

Sharath Kamal, seeded 20th in the singles, had received a bye in the first round. He will next face reigning Olympic and world champion Ma Long of China.

In what is his fourth Olympics outing, Sharath Kamal struggled with Tiago Apolonia’s serves and could not pull off his trusted forehand attacks in the first game and conceded it quickly.

The Indian table tennis star was much more confident in the second game, as he moved smoothly and attacked better to soon draw level. Sharath Kamal carried forward that momentum to dominate the third game and take the lead.

In a close fourth game, both players produced some great shots but Apolonia narrowly won when Sharath Kamal netted a forehand return.

The Indian was back on top in the fifth game, with some deceptive forehand winners to lead 3-2.

After trailing in the decisive sixth game, Sharath Kamal clawed his way back with some good receives and took the victory with a trademark forehand smash.