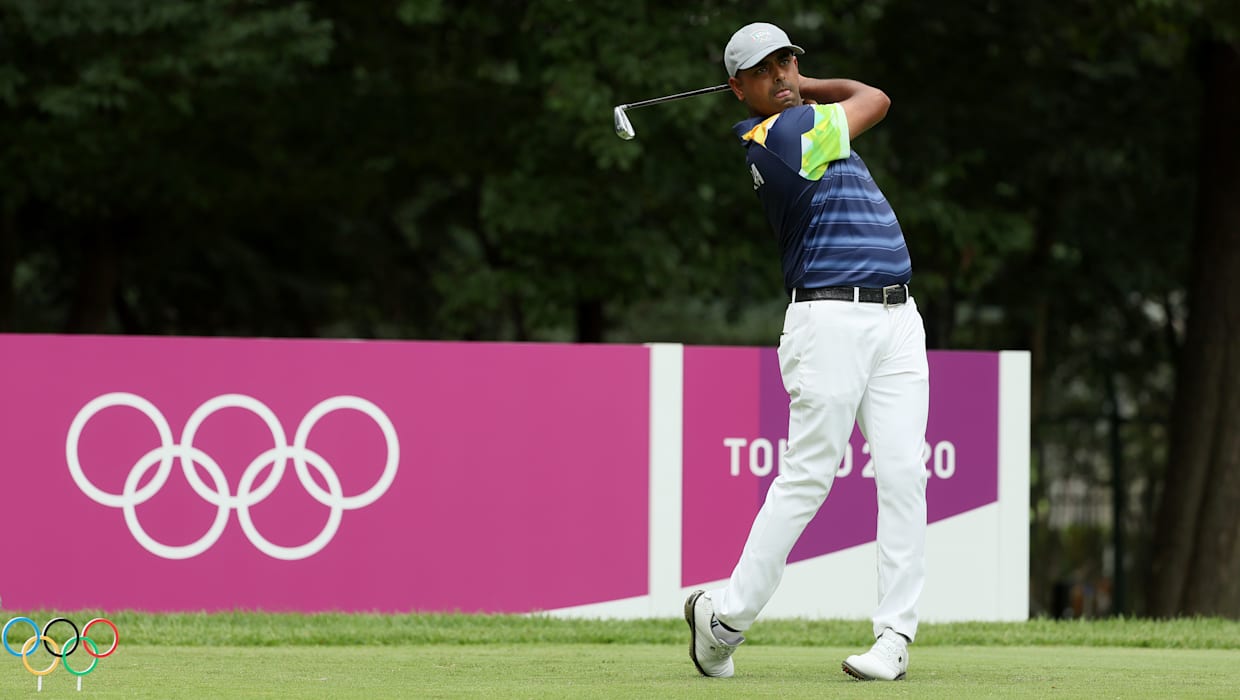 Anirban Lahiri carded four-under 67 for a tied-eighth finish in the opening round. Fellow Indian golfer Udayan Mane was last on the leaderboard.

Indian golfers Anirban Lahiri and Udayan Mane teed off their Tokyo Olympics campaign in contrasting fashion at the Kasumigaseki Country Club on Thursday.

Lahiri, competing in his second Olympics, enjoyed a fine outing with a card of four-under 67 in the opening round to finish tied-eighth while Udayan Mane managed five-over 76 to finish last among the 60 competing golfers.

Austria’s Sepp Straka, meanwhile, sits atop the leaderboard with a score of eight-under 63 in the first round.

On a day when bad weather forced the play to be suspended for a few hours, the 34-year-old Lahiri was among the first ones to head out of the clubhouse and completed his opening round engagements before the suspension.

Anirban Lahiri, now a two-time Olympian, didn’t have the best of starts as he bogeyed his opening hole.

But Anirban recovered well with three back-to-back birdies on the fifth, sixth and seventh holes. Another birdie on the par-four ninth-placed the Indian golfer in a respectable position at the halfway stage.

Though Lahiri made another bogey on the 12th, birdies on the 15th and the 16th holes saw him climb to the tied-eighth spot.

“I think I started off a little dodgy the first few holes, couldn't get my rhythm going early,” Lahiri said. “But then I settled down nicely. I think I played pretty well.

“I probably feel like I could have taken some more chances, some opportunities on the back nine I didn't make as many birdies as I could have,” Lahiri added. “But I'm playing well, so I have to build on this.”

Udayan Mane, however, had nothing going his way as he began his debut Summer Games on a sorry note. The 30-year-old Udayan kept pace with his compatriot initially and was on a one-under score after 10 holes when play was halted.

But Udayan Mane couldn’t build on the start as four bogeys and two double bogeys derailed the charge that saw him drop to the bottom of the pile with a score of five over 76.