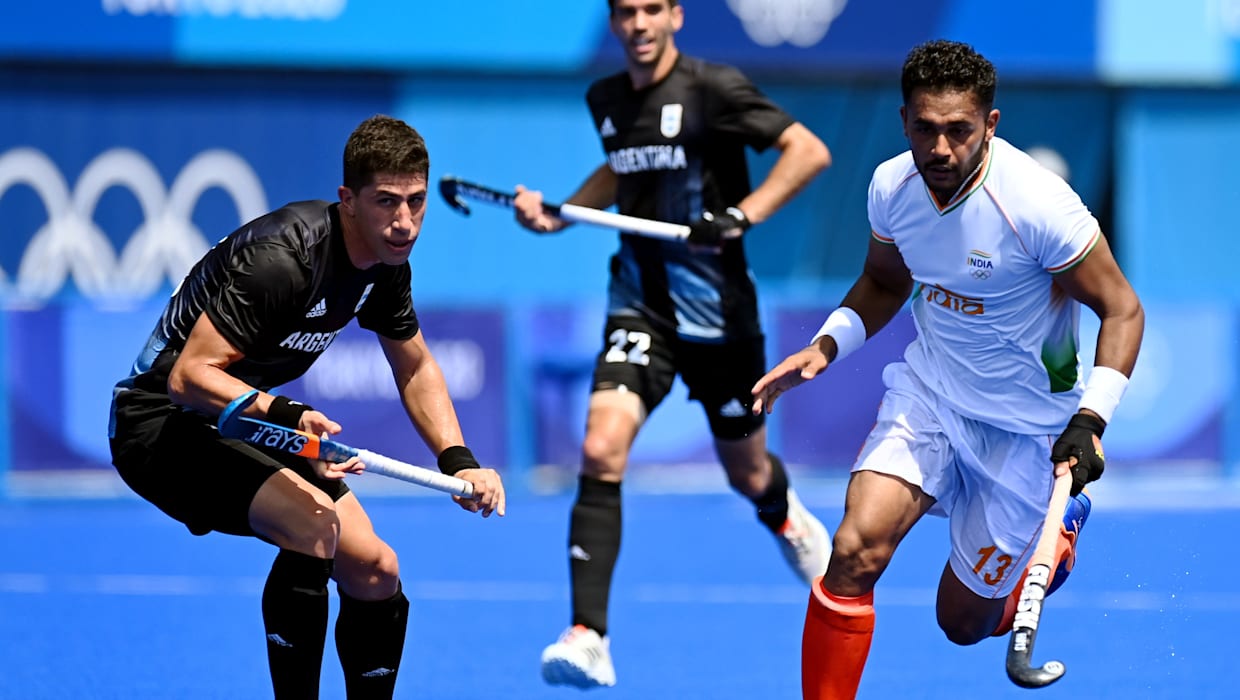 The Indian men's hockey team beat defending Olympic champions Argentina 3-1 in its fourth Pool A match to book a place in the quarter-finals of Tokyo 2020 at the Oi Hockey Stadium on Thursday.

Manpreet Singh and his men were quick to attack in the match and came close when Simranjeet Singh’s pass to Dilpreet Singh inside the Argentinean D was saved by goalkeeper Juan Manuel Vivaldi.

The second quarter started with India putting pressure on the Argentine defense but the forwards struggled to convert, taking too much time and losing possession or going for early shots on some occasions.

In the 23rd minute, India’s Harmanpreet Singh led the attack but an early shot from the left wasted the opening.

The Indians were denied again in the 26th minute when a long pass from Nilakanta Sharma to Mandeep Singh, who stretched to find a deflection but found goalkeeper Juan Manuel Vivaldi in the way.

India earned two successive penalty corners in the 41st minute, but couldn’t convert. Soon enough, Argentina countered with Matias Rey, who was returning to the field after a five-minute suspension, going one-on-one with PR Sreejesh. The Indian goalkeeper, however, fended off the attack as Varun Kumar flicked the ball away.

A dangerous tackle on Indian forward Gurjant Singh on the circle got India another penalty in the 43rd minute through a successful video referral and this time debutant Varun Kumar found the Argentinean net to go 1-0 up.

Three minutes before the final hooter, Dilpreet Singh’s dangerous pass at close range was shot by Vivek Sagar Prasad as the ball went in hitting Argentine goalkeeper Vivaldi’s stick to get a 2-1 lead.

India is currently second in their group after four matches with nine points, only behind world No. 2 Australia (12 points). Spain (4 points) is third followed by New Zealand (4 points), Argentina (4 points) and Japan (1 point).

Three points are awarded for a win. Only the top four teams from each group will head to the quarter-finals.

India will play their final group match against hosts Japan on Friday.