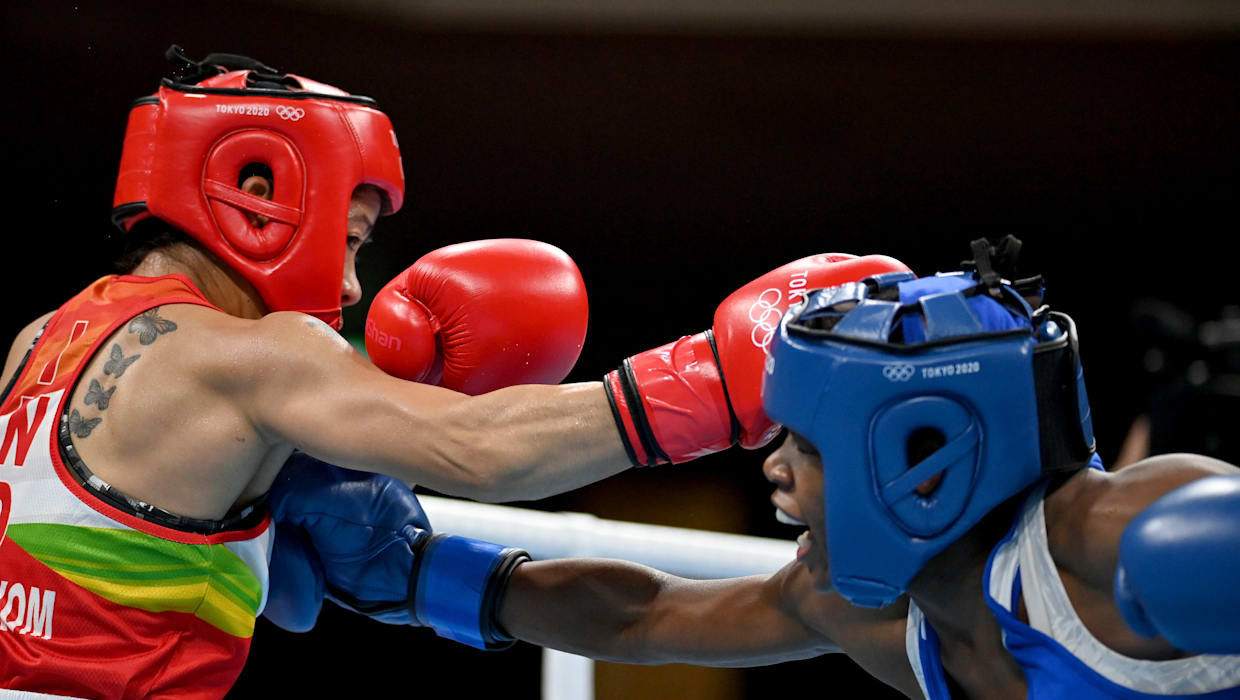 Mary Kom advanced to the pre-quarters after a 4-1 win in the round of 32 over Miguelina Hernandez Garcia. Manish Kaushik lost his opening bout against Luke McCormack.

Indian boxing icon MC Mary Kom kickstarted her Tokyo Olympics campaign with a comfortable win over Miguelina Hernandez Garcia of the Dominican Republic in the women’s 51kg round of 32 match on Sunday.

The 2012 London Games bronze medallist Mary Kom dominated the proceedings in all three rounds to bag a 4:1 split decision win at the Ryogoku Kokugikan arena.

The 38-year-old Indian made a cautious approach in the opening round but took advantage of Miguelina’s loose guard, a result of her aggressive approach. The 23-year-old Caribbean boxer, thus, found herself on the receiving end of Mary Kom’s timely jabs on numerous occasions.

In the second round, Mary Kom stepped up the offence to control the pace of the bout. Miguelina, a bronze medallist at the 2019 Pan American Games, was also successful in connecting punches but it was six-time world champion Mary Kom who used the right hook-left cross combination to gain more points.

Both flyweight boxers upped the intensity in the final round and exchanged flurry punches early on.

In a bid to gain some final points, Miguelina stepped up her game in the dying seconds, but Mary Kom defended well with her nimble footwork to step out of the ring with a victory.

Mary Kom will now face Rio 2016 bronze medallist and Colombian third seed Ingrit Valencia in the round of 16 on Thursday.

The match ebbed and flowed, with the Brit taking the tight first round and Manish connecting his punches better in the second.

The third round, however, was ruled in the favour of Luke McCormack, putting an end to Manish Kaushik’s debut Olympics.