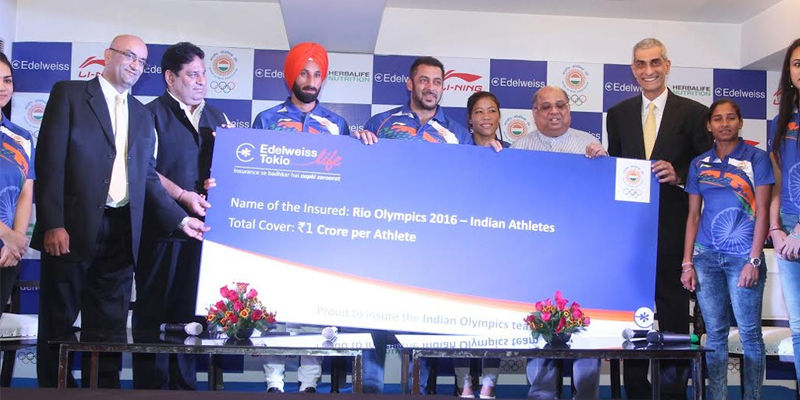 New Delhi, March 27 : Having scripted history at the junior level, India's javlin star Neeraj Chopra is eying a podium finish as he prepares for next month's Commonwealth Games (CWG) in Gold Coast, Australia.

Chopra had created history when he set a new junior world record at the World U20 Championships at Bydgoszcz, Poland in 2016 with a throw of 86.48 metres.

He had followed that up with gold at the senior Asian Championships last year and is one of the contenders for a medal at the CWG as well.

The 20-year-old has already reached Gold Coast and is excited about taking part in the biggest multi-discipline event of his career so far.

"This is my first Commonwealth and I am very excited. I participated in South Asian Games but CWG is much bigger and am determined to give my 100 percent. I want to make my debut memorable," Chopra told IANS.

"I am here to give my best and if I will able to eke out my best performance then hopeful I will return will a medal from here. My only target is to give my best," he added.

"The competition is going to be tough there as my opponents will be 2015 world champion Julius Yego and Olympic champion Keshorn Walcott among others and both will be tough nut to crack. World Under-20 bronze medallist Andersen Peters from Grenada is another name that can give me a good fight."

His winning throw of 85.94 metres at that event is the best ever recorded on Indian soil and the second best of his career.

Chopra was among the first batch of Indian athletes to land in Gold Coast for the Commonwealth Games and the star javelin thrower believes that the early arrival will help him to acclimatise better and give him more confidence ahead of the event.

"The athletics federation send us early so that we can acclimatise according to the weather conditions and diet here and it will help us in our performance. This is my first trip to Australia and till now my experience is good here. Hopefully I will learn something new here," Chopra said.

"I want to produce a good performance here and improve my personal best," he added.

However, the past year has not been easy for Chopra. Like most Indian athletes, he had to face a lot of problems, all thanks to some gross mismanagement by the Athletics Federation of India (AFI).

He was forced to train alone for several months since his former coach Garry Calvert went home to Australia mid-way through his contract in May last year.

"It was hard for me as I had to train alone for a few months. But I managed somehow," Chopra said.

"But of course it is always better with a coach. My performance did get affected to some extent."

However, since German legend Uwe Hohn took over as coach, the situation is a lot better for Chopra.

"I am happy that I am coaching under Hohn. The journey so far with him is very satisfying and hopefully it will be same in the future. He taught me new techniques and I am working on them," he said.

Chopra was upbeat about Indian athletes medal chances as well.

"India have a very good chance to bag medals. Our athletes are fit but lets see how the tournament goes," he signed off.