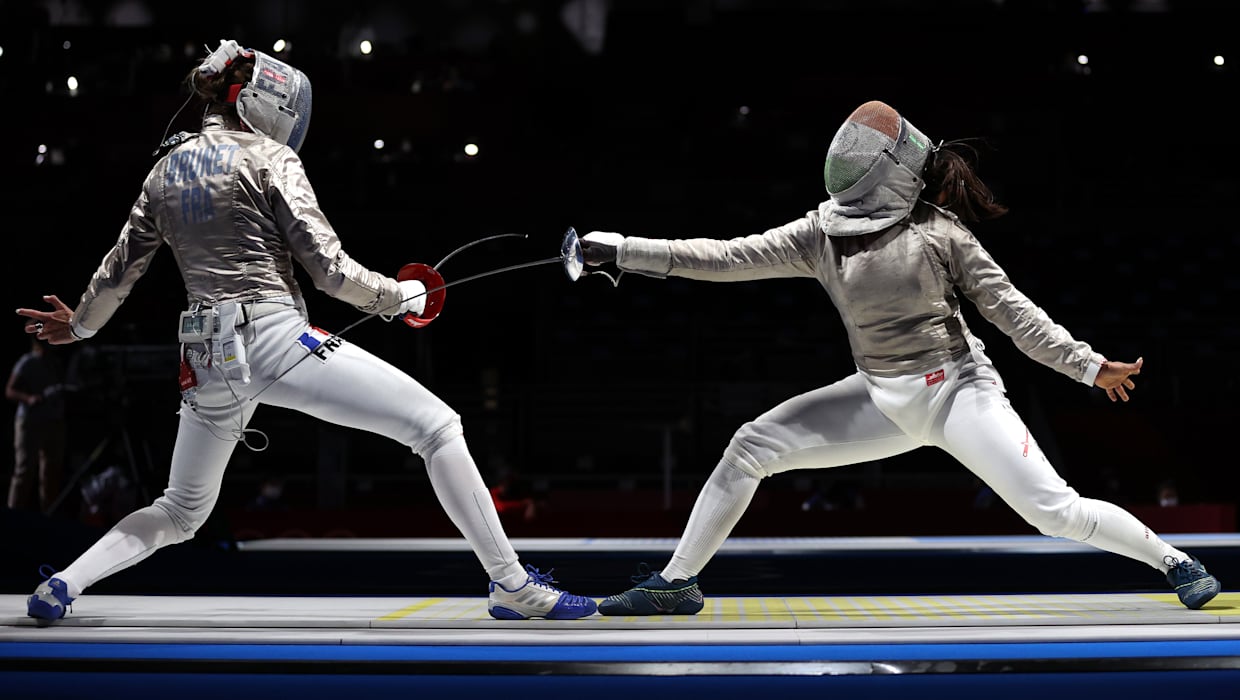 The Indian fencer, ranked world No. 42, lost in the second round of the women’s individual sabre in Tokyo to world No. 3 and Rio Olympian Manon Brunet.

Indian fencer Bhavani Devi put up an inspired show on her Olympic debut before bowing out in the second round of the women’s individual sabre at Tokyo 2020 on Monday.

It nevertheless marked a historic day as India made their debut in fencing in the Olympics, a discipline that has featured at the Summer Games since 1896.

Up against the world No. 3 and Rio Olympian Manon Brunet of France, Bhavani Devi was left playing catch up as the former world championships silver medallist registered a 15-7 win progress in the Round of 16 at the Makuhari Messe Hall.

In fencing, the first to collect 15 points is declared the winner.

The two fencers started with attacking intent, but it was the Manon who was awarded the ‘right of way’ advantage on several occasions as the Frenchwoman built an 8-2 lead at the end of the opening period.

In sabre, the ‘right of way rule is used to determine which fencer gets awarded the points in case both register a touch. Under this rule, priority is given to the fencer who initiates the attack.

Bhavani Devi, world No. 42, found it hard to cut the deficit as Manon Burnet raced to victory inside the second period, with the bout taking nine minutes and 48 seconds.

Earlier, Bhavani Devi got off to a bright start as she beat Tunisia’s Nadia Ben Azizi 15-3 to move into the Round of 32.

Starting on a cautious note, Bhavani Devi was comfortable letting Azizi initiate the attack but hardly allowed the Tunisian to build on the ‘right of way’ as she pinned her time and again to pocket her points.

Strong on her defence, Bhavani Devi was quick to cancel out her opponent’s advances. The Indian punished Nadia Ben Azizi, ranked 423 in the world, with some top quality riposte (counter-attack) and raced to an 8-0 lead in the first period.

In the second, Bhavani Devi attacked and created openings at will for her points to seal her win in six minutes and 14 seconds.