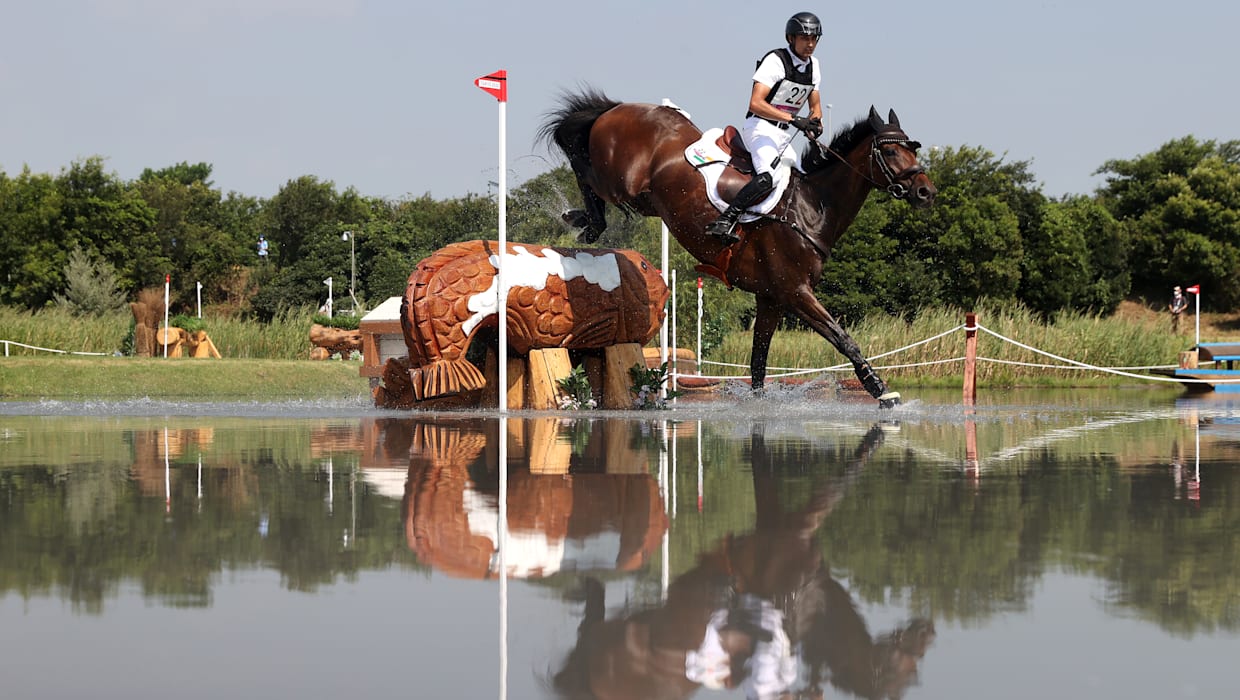 India's Fouaad Mirza and his horse Seigneur Medicott are 22nd overall after the cross-country round. Only the top 25 make the final. The jumping round is next.

Indian equestrian Fouaad Mirza slipped down the rankings after the cross-country round of eventing at the Tokyo Olympics on Sunday.

Eventing includes dressage, cross-country, and jumping rounds. The dressage round concluded on Saturday.

Two-time Asian Games silver medallist Fouaad Mirza, who is making his Olympics debut, needs to be in the top 25 after all three rounds to make it to the final.

In the second test (cross-country), the horse-rider pairs had to go through the demanding route at the Sea Forest Cross Country Course, which had logs, fences, water, and ditches as obstacles. The competitors are penalized if they fail to cross any hurdle cleanly.

In cross country, participants have to complete the run in seven minutes and 45 seconds and with the fewest penalties.

Fouaad Mirza and his horse Seigneur Medicott completed the course in eight minutes and 13 seconds and incurred 11.20 penalty points.

The 29-year-old Indian’s penalties from the dressage test (28.0) were combined with his cross-country score to total 39.20, putting him on the 22nd spot in the points table. Fouaad Mirza was an impressive ninth among 63 horse-rider combinations after the dressage round on Friday.

Great Britain’s Oliver Townend, with his horse Ballaghmor Class, topped the leaderboard after receiving no penalties in the cross-country test. He is at 23.60 points.

Fouaad Mirza will now be seen in action in the last test of eventing – jumping, which is scheduled for Monday. The top 25 combinations after the last round will advance to the final.

The final will hold another round of jumping, which will establish the medal winners.