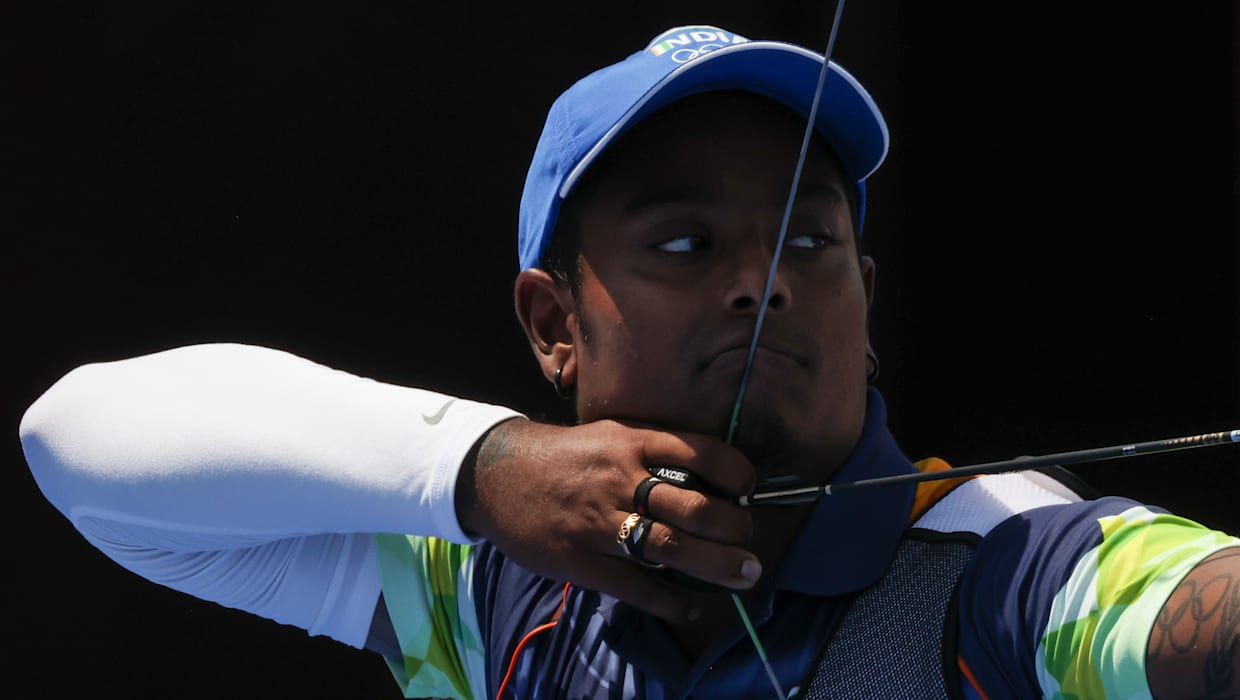 Atanu Das shot a 10 in the shoot-off to beat the Olympic champion. He had earlier beaten Yu-Cheng Deng, an Olympic silver medallist, in the round of 64.

Indian archer Atanu Das stunned Olympic champion Oh Jin-Hyek of South Korea 6-5 and progressed to the men’s individual round of 16 at the Tokyo Olympics on Thursday.

The windy conditions continued at the Yumenoshima Park Archery Field for a second-straight day and it led to some inconsistent shooting.

Both Atanu Das and Oh Jin-Hyek began with an 8 with their first arrow. The South Korean then shot two 9s and Atanu Das could only shoot an 8 and 9 and the Indian lost the first set 25-26.

The duo then split the second and third sets 27-27 each. Atanu Das shot three 9s each in both sets. Oh, Jin-Hyek could have won both sets with his final arrows but was off the mark.

Both archers tied the fifth set with identical scores of 28, shooting 10, 9, 9 with their three arrows, and moved into a shoot-off.

Oh, Jin-Hyek could only shoot 9 and with the match on the line, Atanu Das caught the edge of the inner 10 with his arrow to pull off a major upset.

“I just got into my mind that it was going to be a tie, and I’ve faced tie games previously. I knew he (Oh) had the first shot and if he shoots a 9 I had to go for the bullseye. Fortunately, I got it and won the match,” Atanu Das said after his win.

“I was fully focused on the match. I have tied a match with him in another event, so I had that experience. I was focused on the moment and maintained my nerves to win today.”

Atanu Das had earlier beaten Chinese Taipei’s Yu-Cheng Deng 6-4 in the round of 64. Yu-Cheng Deng won a silver medal at Tokyo 2020 with the men’s team on Monday.

However, Pravin Jadhav and Tarundeep Rai lost in the round of 32 on Wednesday.