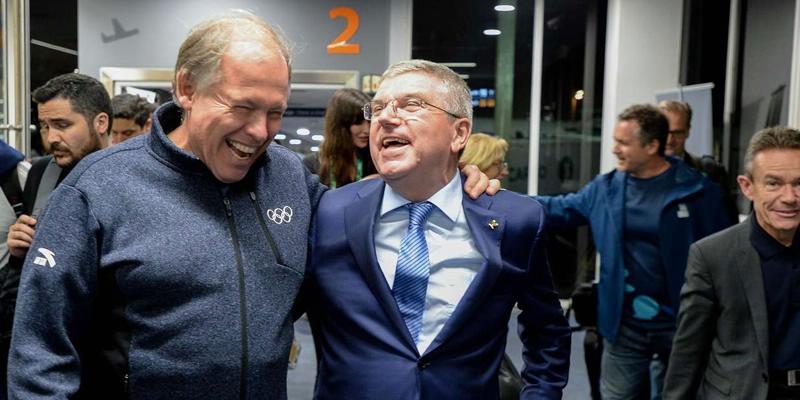 The president of the International Olympic Committee (IOC) arrived in Buenos Aires on Friday and on Sunday he will take part in the relay at the end of the world that will be held in Ushuaia, the last stop in the Buenos Aires 2018 Torch Tour.

With only eight days to go before the start of the third edition of the Youth Olympic Games, the president of the IOC landed on Argentine soil. Thomas Bach arrived shortly after 9pm at the Ministro Pistarini International Airport and was welcomed by Gerardo Werthein, president of the Buenos Aires 2018 Organising Committee.

On Sunday, Bach will travel to the southernmost city in the world

Tierra del Fuego. It’s just a matter of hours before the sacred fire, which was

In addition to taking part in the biggest multisport celebration in Argentina’s history, the president of the IOC will head the Executive Board meeting (October 3 and 4), the Olympism in Action Forum (October 5 and 6) and the 133rd IOC Session (October 8 and 9).